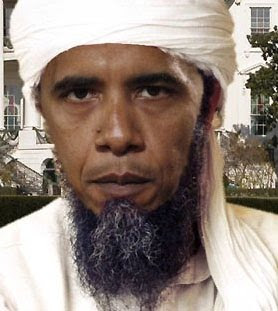 Is President Obama a Muslim? Nearly one in five Americans — including my own mother — thinks he is, despite any compelling reason to believe so.

All available evidence indicates the president is a Christian. How do we know this? He says he is. His press spokesman says he is. And he went to the Trinity United Church of Christ for almost 20 years.
Count me as one of those who believes Obama is a Christian. I tend to take people at their word when they profess their faith. But the ironic thing about the kooks who insist Obama is a Muslim is that technically they’re correct, although they probably don’t even know it. As foreign relations scholar Edward N. Luttwak wrote when Obama was running for president:

As the son of the Muslim father, Senator Obama was born a Muslim under Muslim law as it is universally understood. It makes no difference that, as Senator Obama has written, his father said he renounced his religion. Likewise, under Muslim law based on the Koran his mother’s Christian background is irrelevant.

But the real scandal is that presidents need to profess their faith in the first place. Dwight Eisenhower did not belong to a church at all until he ran for president, at which point his advisers told him he’d better pastor-up or risk the wrath of a religion-mongering electorate.
Despite his public utterances, I never really believed Ronald Reagan’s attachment to faith. Asked why The Gipper and Nancy never went to church in Washington, the Reagans’ flak said they were concerned about security. Huh?
I don’t think Obama prays toward Mecca (not that, in Seinfeldian terms, there’s anything wrong with that). But nor am I convinced that he’s terribly religious. I find it hard to believe, as his spokesman insists, that Obama prays daily and “communicates with his religious advisor every single day.”
One of my readers will no doubt ask: “Well, if you don’t think Obama’s religious, then why did he go to Rev. Wright’s church for two decades?” Isn’t it possible that he viewed membership at that church as a way of rubbing elbows with the Chicago movers-and-shakers who could help him forge a political career?
People talk about how great it is to have our first African American president. When do you think we will elect our first atheist president? Now that would be an equally impressive achievement.
Be Sociable, Share!