A Mecca For Moonbats! 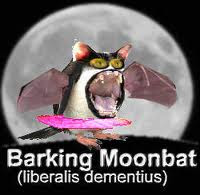 In the last several months, the Berkeley City Council has considered resolutions welcoming Gitmo detainees and declaring suspected traitor PFC Bradley Manning a hero. The latter passed (sort of) and the former failed.

Doesn’t Berkeley have any local problems to worry about? More shocking is that Birkenstock City actually has an appointed 15-member Peace and Justice Commission that considers such actions.
I’m sorry, but Berkeley is a mecca for what Howie Carr would call MOONBATS!
Be Sociable, Share!

4 Responses to A Mecca For Moonbats!