Is Blogging a Dying Medium? 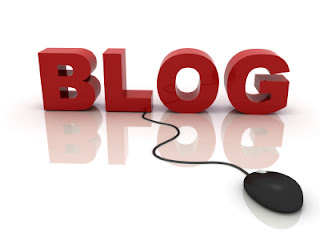 Update: Colin McEnroe’s take on blogs: “They will have fewer readers. But the readers will be highly committed.”

A NYT article today suggests that it is, at least among younger audiences. And surely that’s not good news for the future of this little craft:

According to the NYT, “The Internet and American Life Project at the Pew Research Center found that from 2006 to 2009, blogging among children ages 12 to 17 fell by half; now 14 percent of children those ages who use the Internet have blogs.”

And even among 18-to-33-years-olds, the percentage of Internet users who blog has dropped two percentage points over the last couple of years. What gives? The culprit seems to be — hold your breath — social networking: Facebook and, to a lesser extent, Twitter.
I suppose I shouldn’t complain. Ten years ago, there were plenty of people who lamented the rise of blogging itself. They complained that it was too informal, that it dumbed down the concept of essay- and column-writing, for example.
The problem I have with Facebook for opinion or analysis is that it has significant limitations, whereas blogging online expanded the print writer’s horizons through links, comment enabling and the potential for a wider audience. Typically, Facebook only allows you to post a link and a paragraph or so of text. Facebook is blogging lite — very lite. And Twitter, with its 140-character tweet limit, is Facebook lite.
Plus, I’m finding that if I put up a link on Facebook to my one of my blog posts, invariably I get more comments about the post on Facebook than I do on the blog itself. Talk about the young eating its mother …

“Blogging can be a very lonely occupation,” a spokesperson for LiveJournal told the NYT. “You write out into the abyss.”

That’s surely be an exaggeration. Blogging is still fun, but it ain’t what it used to be.
Be Sociable, Share!

3 Responses to Is Blogging a Dying Medium?