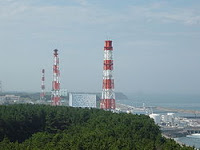 With only a few days separating us from the nuclear disaster in Japan, is now a good time to start a discussion about whether we should expand the role of nuclear power in our energy plans? I don’t think so.

Why? Because the tendency will be to react more on emotion than reason. That’s just human instinct.

Fortunately, some lawmakers agree with me. When asked if the Asian disaster would dampen enthusiasm for nuclear power in the U.S, Senate Minority Leader Mitch McConnell said:

“This discussion reminds me, somewhat, of the conversations that were going on after the BP oil spill last year,” McConnell said during an interview on Fox News Sunday. “I don’t think right after a major environmental catastrophe is a very good time to be making American domestic policy.”
On Meet The Press, Sen. Chuck Schumer mostly agreed, too:  “I’m still willing to look at nuclear. As I’ve said, it has to be done safely and carefully.”
Tell that to Eugene Robinson, who penned a column today that labeled nuclear power “a uniquely toxic technology” and “a bargain with the devil.” I suspect more such pieces will be published (if they haven’t already) in the days to come.
All energy sources carry some risk. Oil and coal emit greenhouse gases (the latter spews a lot of particulate matter as well), while natural gas is cleaner but still puts carbon into the atmosphere. Wind and solar will never provide the kind of muscle we need to power the world’s economy (plus, wind and solar farms take up huge amounts of land to generate relatively little power).
So what do we do? Of the non-carbon-generating energy sources, nuclear power provides some 70% of it. Should we do away with it and replace it with what?
Obviously, it makes little sense to build nuclear plants in areas that are prone to earthquakes and the resulting tsunamis, as northeast Japan is. And any plant built near the sea should have its back-up generator’s diesel tanks protected from a wash-out.
As horrible as this tragedy is, we need to keep it in perspective. About 60,000 motorists are killed every year on U.S. roads and bridges. That’s literally millions of people over the last several decades, but I don’t hear any talk of closing down our highway system.
Be Sociable, Share!


← Pay Teachers More, But …
Cutting Its Way To Prosperity →

17 Responses to No Nukes, Again