They Have Done The Deed 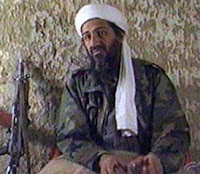 I give President Obama credit where it’s due. Despite campaign promises to get out of the Afghanistan region with all due speed, he quickly realized how important it was to hold firm in the face of a severe threat. Now you would think that the assassination of OBL would be the perfect pretext to withdraw from the region ASAP. But I don’t think he will.

I’m becoming increasingly convinced that the reason we remain in Afghanistan is Pakistan. The latter nation possesses nuclear weapons but has millions of Islamic fanatics, including most of the Taliban that used be in Afghanistan. If the radicals take over that country, we and India (a key ally in the region) could be in a lot of trouble. Standing by next door sends an important message to Pakistan that we’re ready to act if need be. And that’s an important message, given the revolutionary climate currently prevailing in the Middle East.

Heck, even if the current regime stays in power in Pakistan, we could be toast. Evidently, the 3,000 SF home OBL was living in was only 30 miles north of Islamabad and a stone’s throw away from a Pakistani military installation. The Pakistan government, or large factions in its military, had to know OBL was there.

Leave it to others to find humor in this. My friend John Pollard reports a great Facebook posting: “Osama should have been caught alive and continuously made to go through airport security for the rest of his life.”

As someone who recently received a full 10-minute shakedown by Bahamian airport security in Nassau, I can definitely relate …

3 Responses to They Have Done The Deed